This year, Kia has come up with only a few changes in terms of efficiency, style, and features. Although the changes are relatively lesser than what we had expected, it is these very changes that make Soul tad better and appealing than it previously was. The one massive change from the automaker was however the addition of a top notch turbo model with a powerful and extremely high performing 201 turbocharged horsepower engine.

The new 2017 Kia Soul Turbo comes with all the good things of a standard car including the space, the amazing style and the absolute comfort. On top of that, with its list of both standard and additional equipment it adds a dash of innovation and performance, to this brand new version. 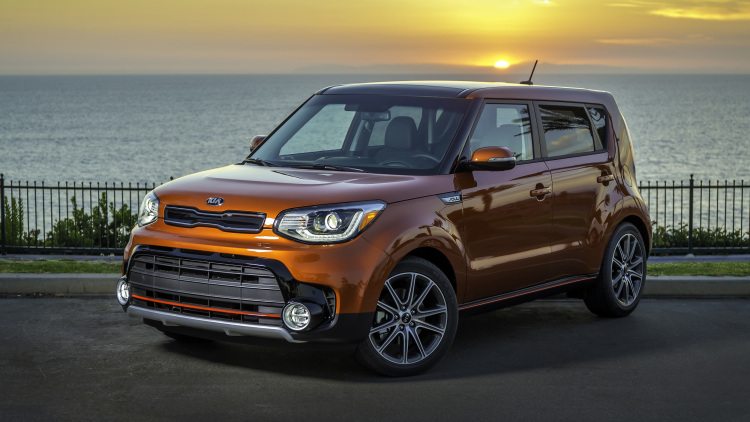 This is a better powered version and not really a complete performance model. However, the changes were made without cutting down on the friendly look and the comfortable appeal that most of us are fond of. So although the 18 inches turbo specific wheels look amazing they are shod in the perfectly same 45 series version and is absolutely similar to the remaining 18 inches in other versions of the car. And also while the cool and suave leather packed, flat bottom steering wheel does have this sporty feel, the supportive but not really claustrophobic seats remind us that this is just another standard, regular vehicle. 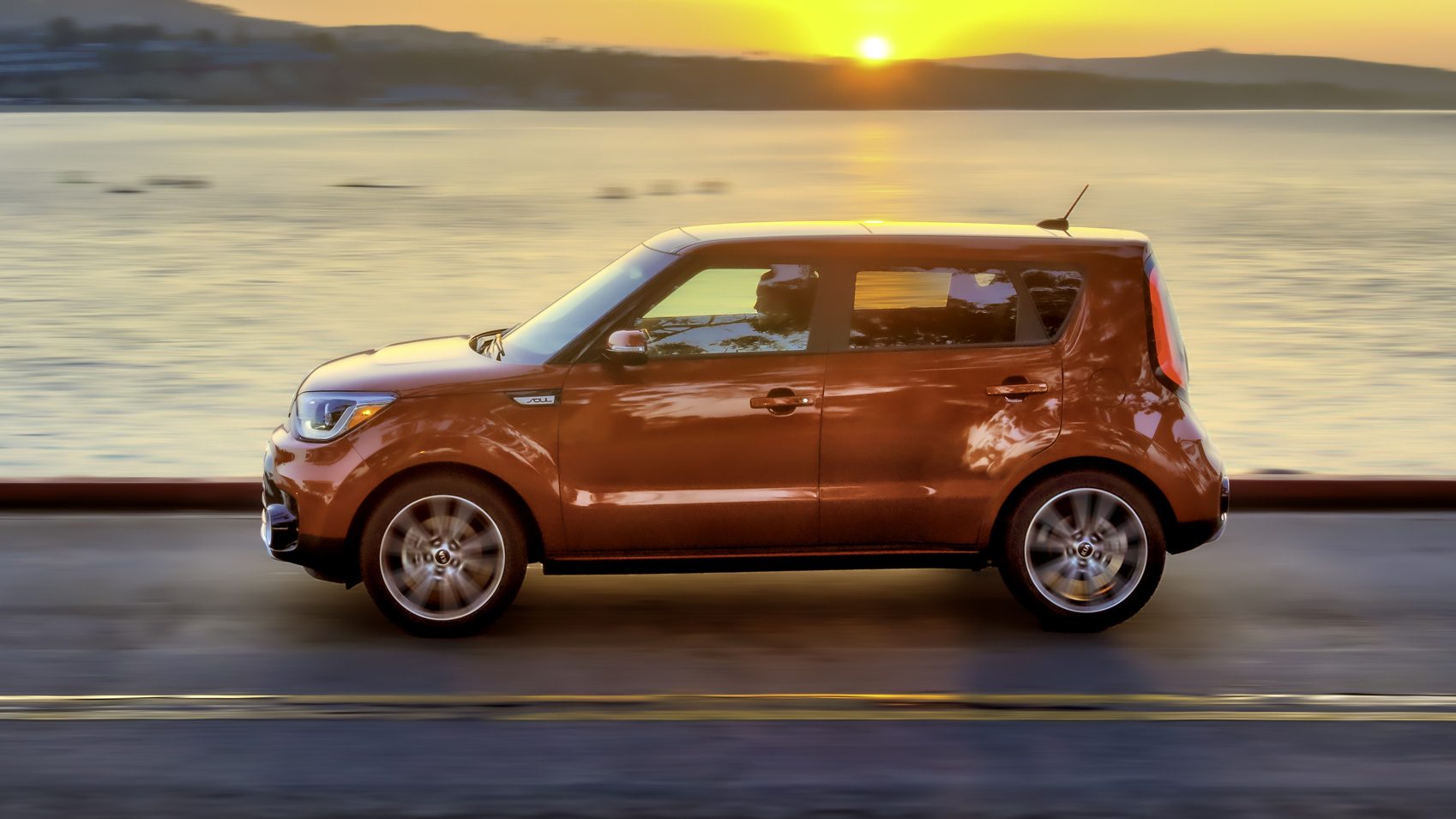 Even the latest exterior accents, the smart front and rear fascias, the new red exterior badges, the side sills, the dual tip exhaust and the accents are not really enough to outweigh the funky, user friendly and homely look of Soul. The entire design has been revamped but it still manages to retain a perfectly balanced approach. The oily bits too aren’t free of this approach. The car is therefore incredibly stylish while also being cute, funky and convenient. If you are planning to check out 2017 Kia Soul, here’s all that you need to know about it. 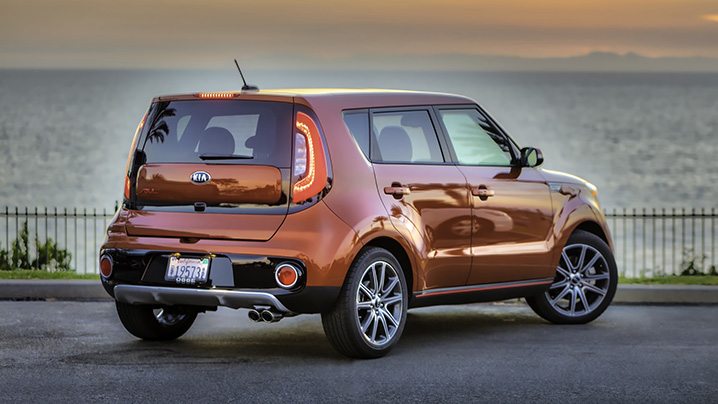 There have also been some great changes in the cabin. Here, the 2017 Kia Soul can now be featured with the latest generation UV03 dashboard. The best part? Well, it comes with the Apple Car Play and the Android Auto connectivity. Users get a chance to interact with either a 7 inches or an 8 inches touch screen according to the options selected by them. Most of the testing we did was conducted by the Android auto screen, and we were truly impressed with the simplicity, efficiency and user friendly interface of the car’s onboard navigation system. 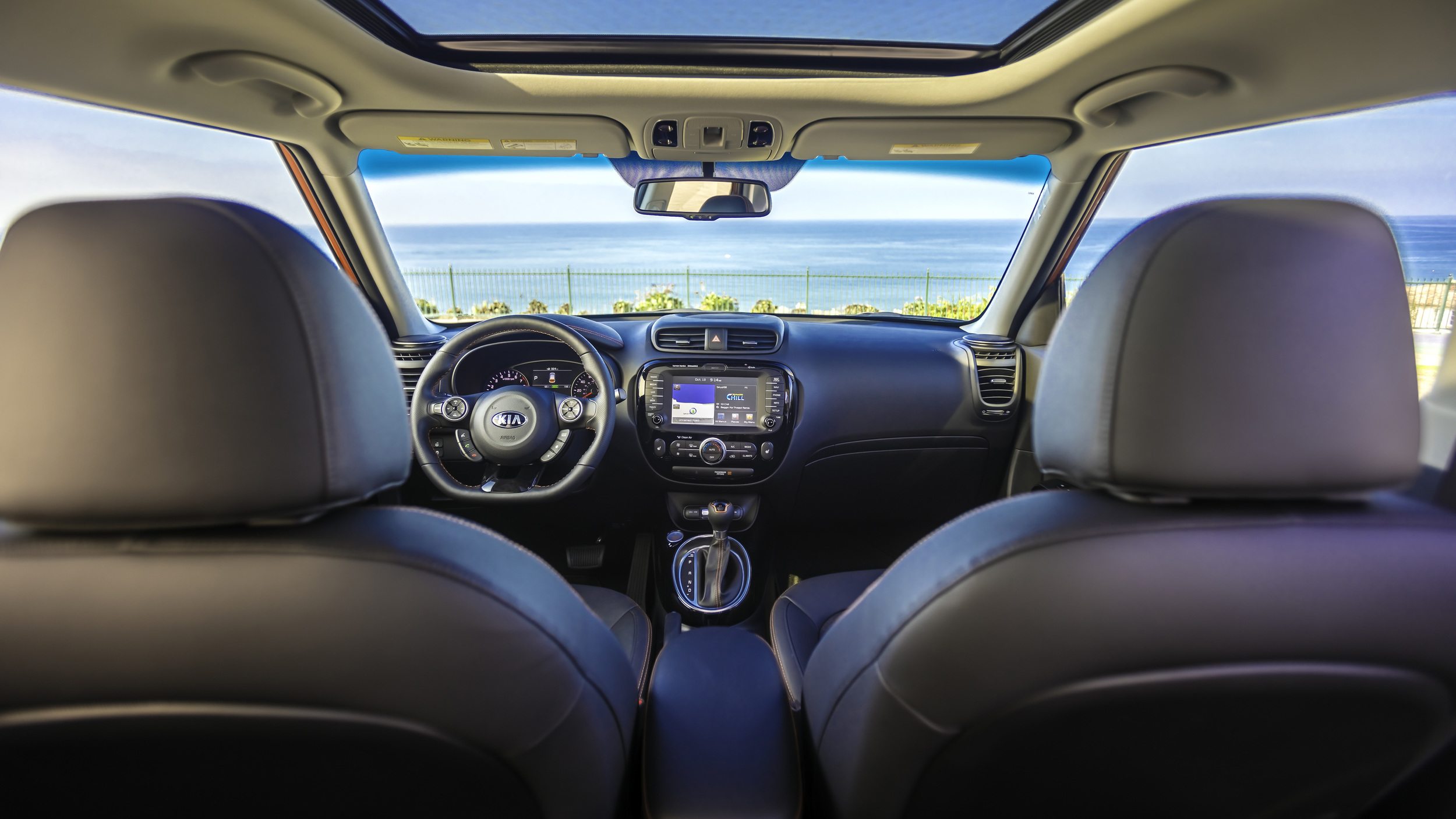 Although this UV03 system is everything that we could ask for, there is a minor tweak that we expect. Currently the USB port of the dashboard where we are supposed to connect our smartphones seem to use a relatively older and low power version for the charging. As a result we saw the phone used for testing to drain quickly while keeping it plugged. This resulted in extended sessions of driving with lesser power than it was originally plugged in with. W5e haven’t experienced this issue with most of the other conventional systems and we therefore expect Kia to address the issue at the earliest. 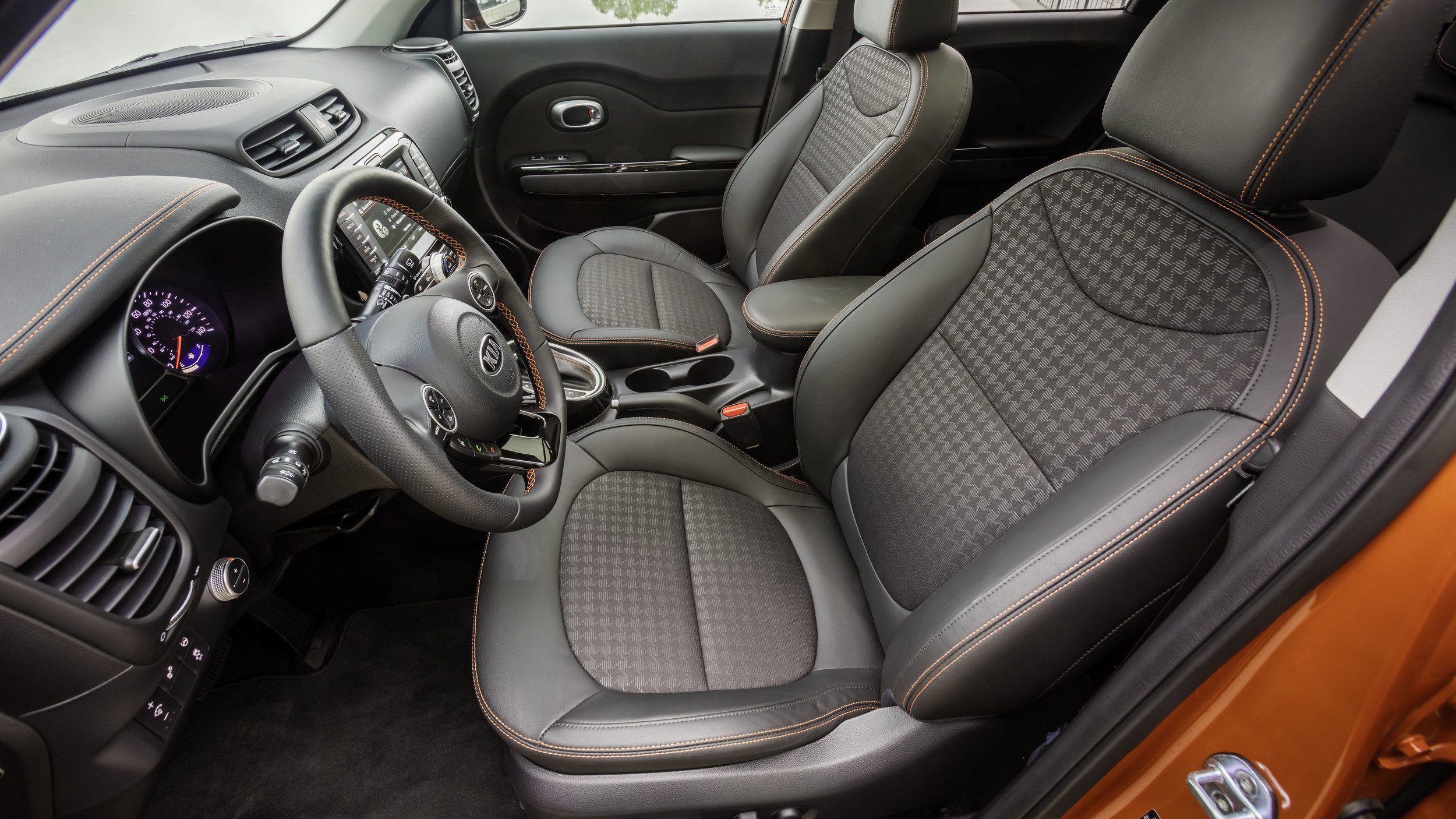 Besides these features, Soul also comes with an eight speaker and an amazing 315 watts audio system from Harman Kardon which is indeed first of its kind. It is really loud and clear on the road, maybe not as great for audiophiles, but great enough for the regular music. The car also comes with the mood illumination and the illuminated grille surround with the interactive sound design.

HOT REVIEW:  2017 Nissan Pathfinder – One Of The Best SUVs 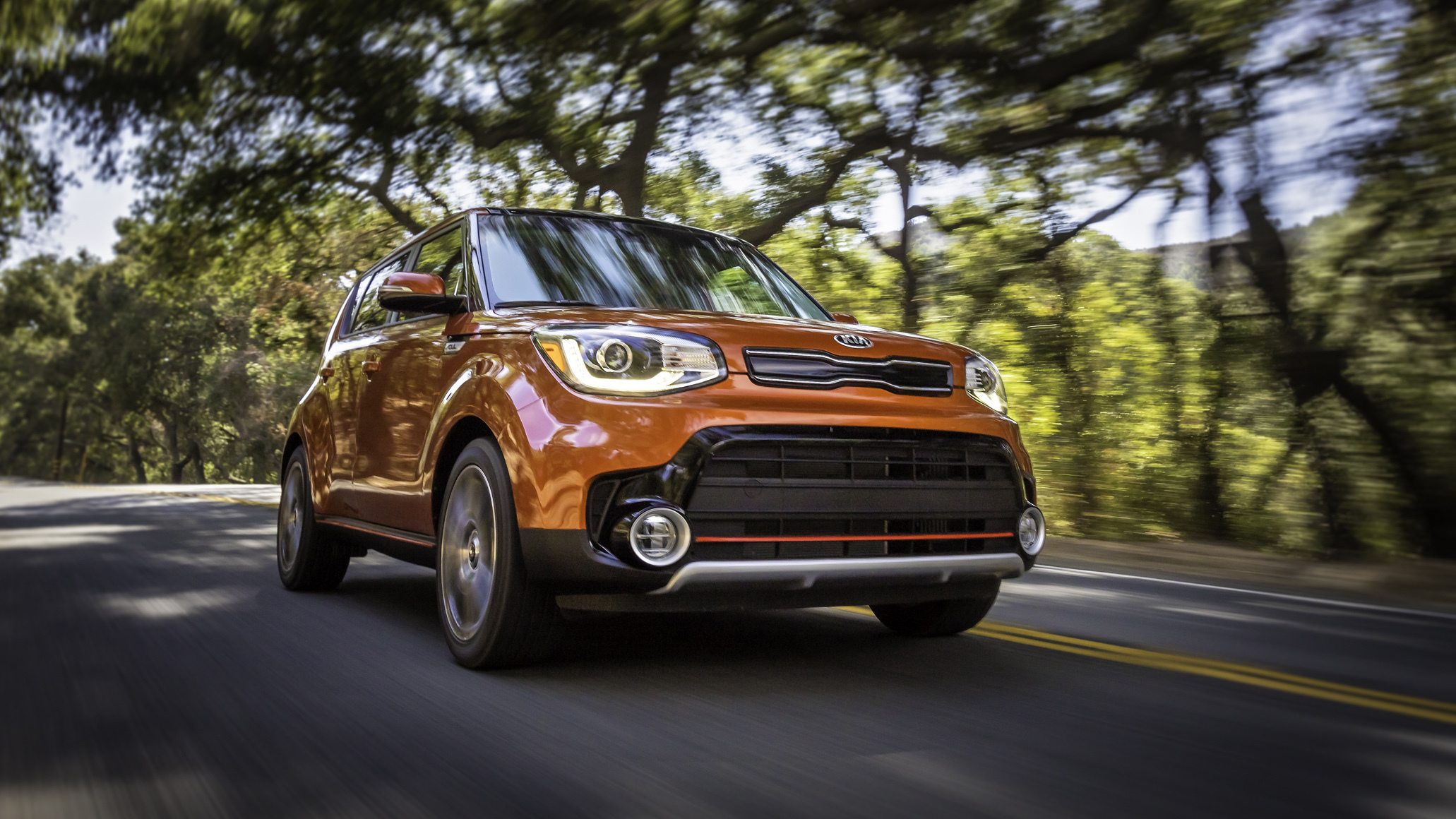 There is an additional eight way seat for power passengers, two new consoles chargers for the USB center and an automatic climate control that are an add on to the Exclaim Trim and the Upper Plus variants. The blind spot detection and the traffic alert for rear cross adds a modern touch to Soul’s safety technology. 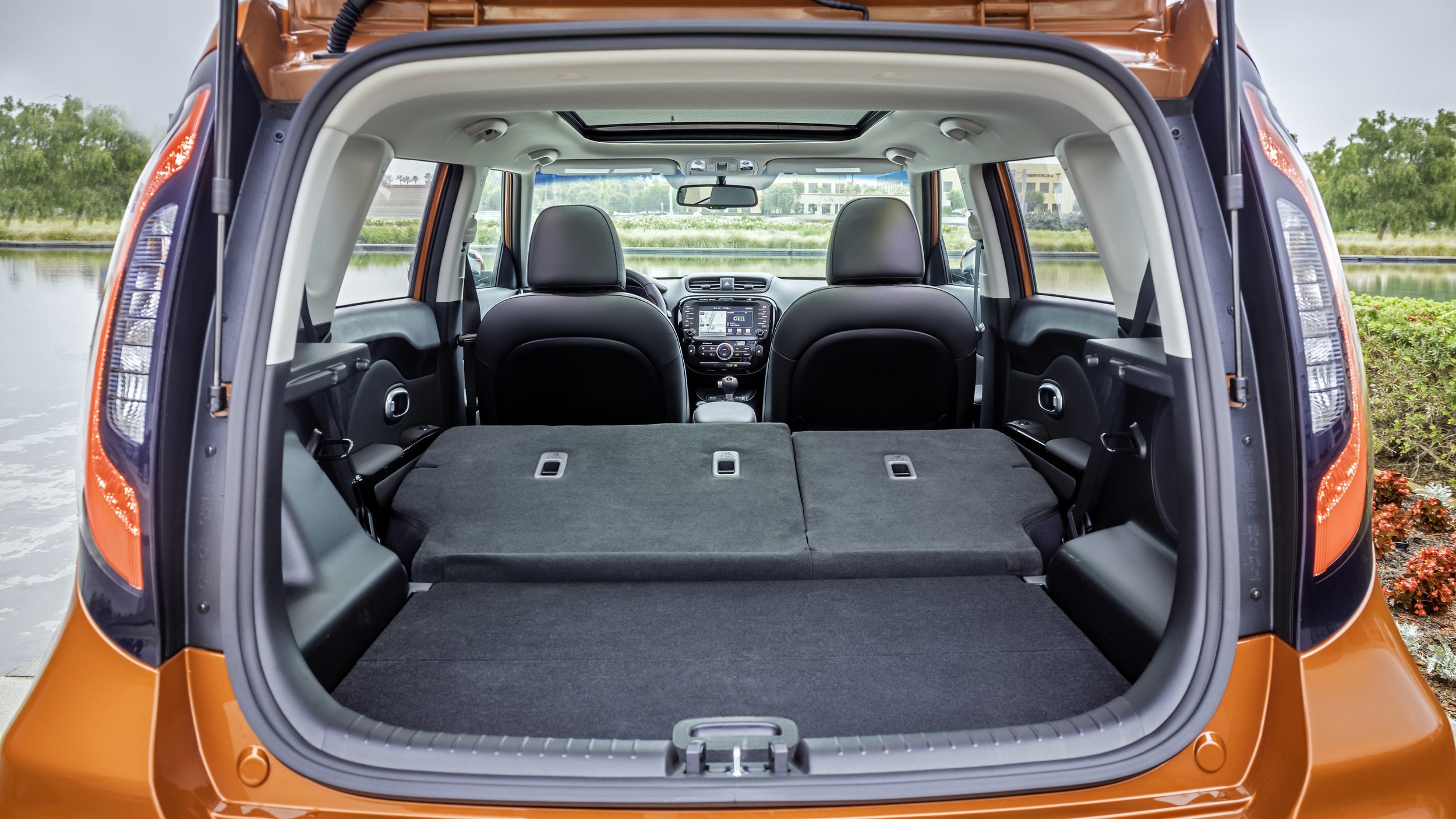 Across the lineup of Soul, the Soul Base of Kia, the Plus and the Exclaim Trim levels have got a cool new wheel design. There’s also some minor visual innovation that comes with newer designs for the headlight and bumper. This new look is so amazing and subtle, that we couldn’t really spot the differences at a first glance. We had to actually compare the latest version with the 2016 one to understand the changes. The Soul is offering a tad more decent ride with these newer and cooler features.

At last, we can safely conclude that this machine will certainly allure you and if you go after it, you won’t be disappointed, either. 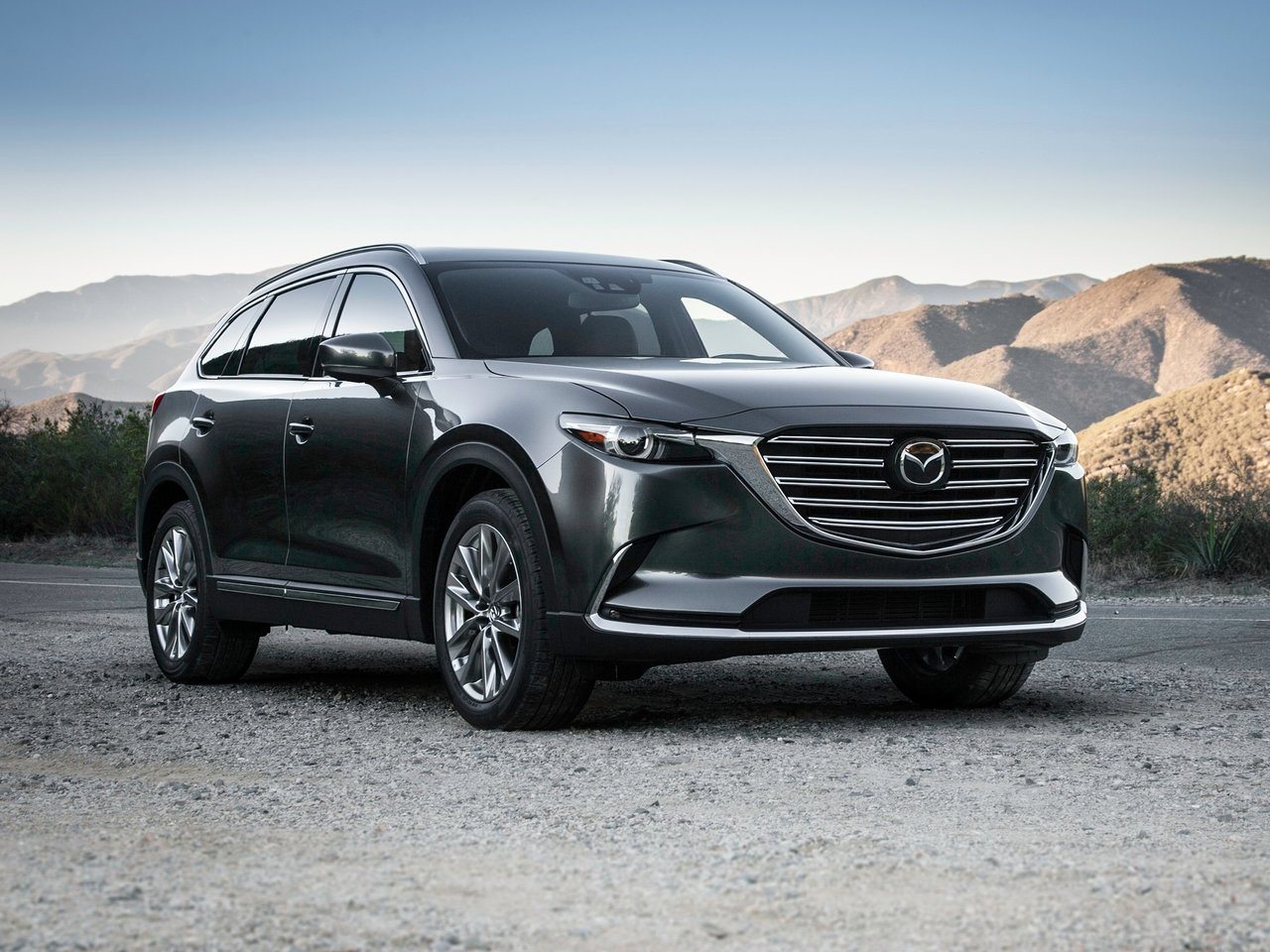 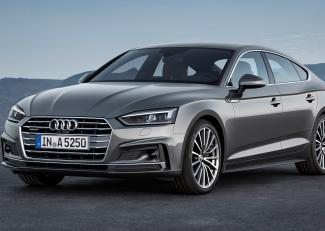